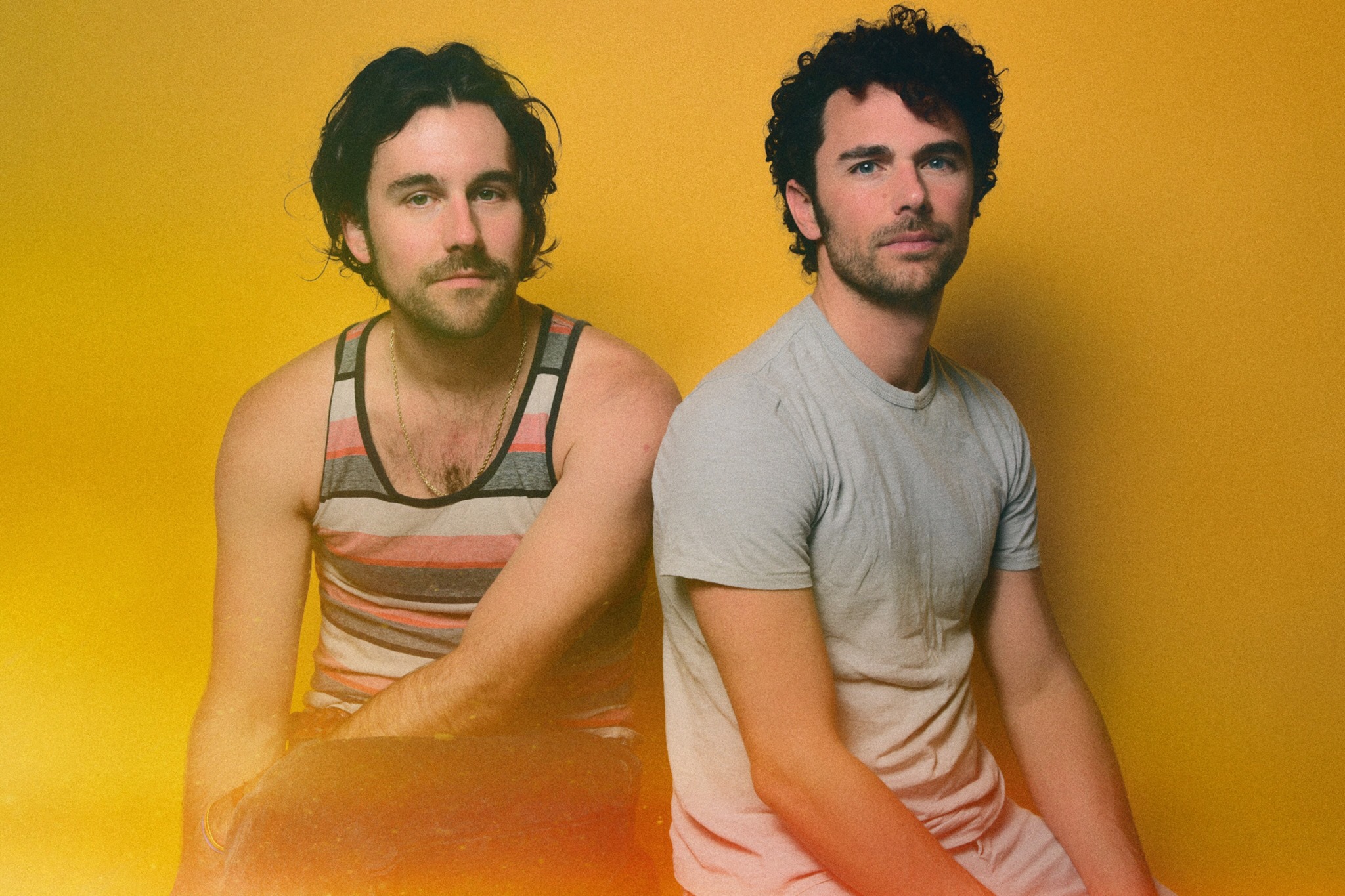 Tall Heights have relentlessly built a career from the ground up. Starting as buskers on the streets of Boston and now performing in packed venues across North America, Europe, and beyond, the duo has distilled their sound in an organic and unselfconscious way. The unmistakable DNA of their music draws on many elements, but the blend of their two distinct voices, in both harmony and unison, is what elevates it and separates it from the pack.

Hailing from the Boston area, Paul Wright and Tim Harrington met each other in their hometown of Sturbridge through Tim’s older brother. The friendship blossomed in high school when they both took up the guitar and began working on music together. It didn’t take long for them to seethe potential hidden in these casual jam sessions. As Paul recalls, “Tim transformed from kid brother to musical collaborator over the course of a summer.”

Tall Heights is now set to release two highly-anticipated singles, ‘Keeps Me Light’ and ‘UnderYour Skin’, both mixed byGrammy-nominated engineer Damien Lewis. Following on the success of their viral single ‘Spirit Cold’, this new material captures a similar authentic and meaningful energy, but also shows a side we have not yet seen of the pair. The self-produced project, recorded in their simple home studio, captures that raw moment between albums,delivering some of their most honest and heartfelt work to date. Written and recorded in a reflective lull between hectic periods of touring, the new tracks reaffirm Tall Heights’ commitment to a singular sound and an equally rare friendship.

‘Under Your Skin’ rides a wave of ethereal harmony, creating a mesmeric atmosphere of nostalgia. The introspective track, which features additional vocals from Berklee College ofMusic’s Upper Structure, is a song for the next generation. It was written when Harrington was expecting his first child and completed soon after his son was born. Around that same time,Wright’s brother had a daughter too. It was a moment of reckoning for Tall Heights, a moment to peek over the partition into posterity. In their words, “It’s a reflection on living. It’s about the joy of welcoming a new human into existence, and the heartache of bringing them into a frightening,twisted world. We liked the word play of “under your skin” being both a reference to blood relation, AND how dads get under their kids’ skin”.

With ‘Keeps Me Light’, they explore the sense of safety felt in friendship. Even as humankind marches on into darkness, there will always be a safe space in the heart of a friend. The track showcases a rich string arrangement, additional a cappella vocals from Upper Structure, and features Harrington’s parlor-sized resonator guitar, which gives it a bluesy, almost Southern grit.Together, the two tracks give audiences an intimate look at a poignant and potent time in the lives of both artists.

Combining Paul’s lifetime of classical training, Harrington’s spontaneous artistic instincts, and the prismatic union of their unique voices, Tall Heights’ sonic imprint is in a category all its own.

Tall Heights’ recordings have amassed over 275 million streams. They regularly serve as BenFolds’ backing band, and have toured alongside CAKE, Judah & the Lion, Colony House, andThe Paper Kites. They’ve also performed on both Conan in 2016 and CBS Saturday Morning in2018. ‘Under Your Skin’ and ‘Keeps Me Light’ are due for release fall 2019.

Confidence, Empowerment, and Empathy – keywords that encompass Victoria Canal’s mission to inspire young people to embrace being their authentic selves.

With her playful and passionate spirit, soulful vocals and genuine songwriting style, 20-year-old Victoria has easily cradled some of the biggest stages in the U.S. in her hand, including Red Rocks Amphitheater and the Apollo. As an independent artist, Victoria has garnered millions of plays across streaming platforms on her debut EP Into The Pull, shared by the likes of Alessia Cara, Gabrielle Aplin, and Michael Franti & Spearhead, with whom she is currently opening for on their nationwide tour.

Born in Munich, Victoria grew up moving from country to country due to her parents’ nomadic nature – her father from Spain, her mother from Georgia. Before she turned 18 she had already lived in 9 different countries, learned several languages, and discovered varying music and cultures from all around the world. It was her relationship with her grandmother, a piano teacher, that introduced Victoria to the world of performance, songwriting, and music theory. She started playing piano and singing when she was 6, and wrote her first song when she was 11.

At just 15 years old, Victoria convinced her parents that doing online school would be best so as to pursue her passion for music professionally. Taking the DIY approach, Victoria wrote her own music, booked her own shows, organized her own press, never waiting around for anybody to do it for her. She meanwhile sought to hone her craft, attending a conservatory in Barcelona in 2012, Berklee Valencia, Berklee in Boston, ultimately ending up at NYU Clive Davis Institute of Recorded Music, where she is to enter her sophomore year.

Being born with one arm as a result of Amniotic Band Syndrome has informed Victoria’s life and music as well. By having daily challenges to overcome as a human being and musician, she’s held on to her humanity and made it her mission to help people understand that everyone is born differently. To embrace those differences is to know our greatest strengths.

Comfortable and real, she graces the stage as a poised, charming, and enjoyably awkward human being, unafraid of vulnerability and fiercely open to connecting with those around her. Often compared to Alicia Keys and Norah Jones, or called a female Allen Stone, Victoria Canal is just beginning – and will continue to spread light and messages of self-love as she figures out her journey like the rest of us.