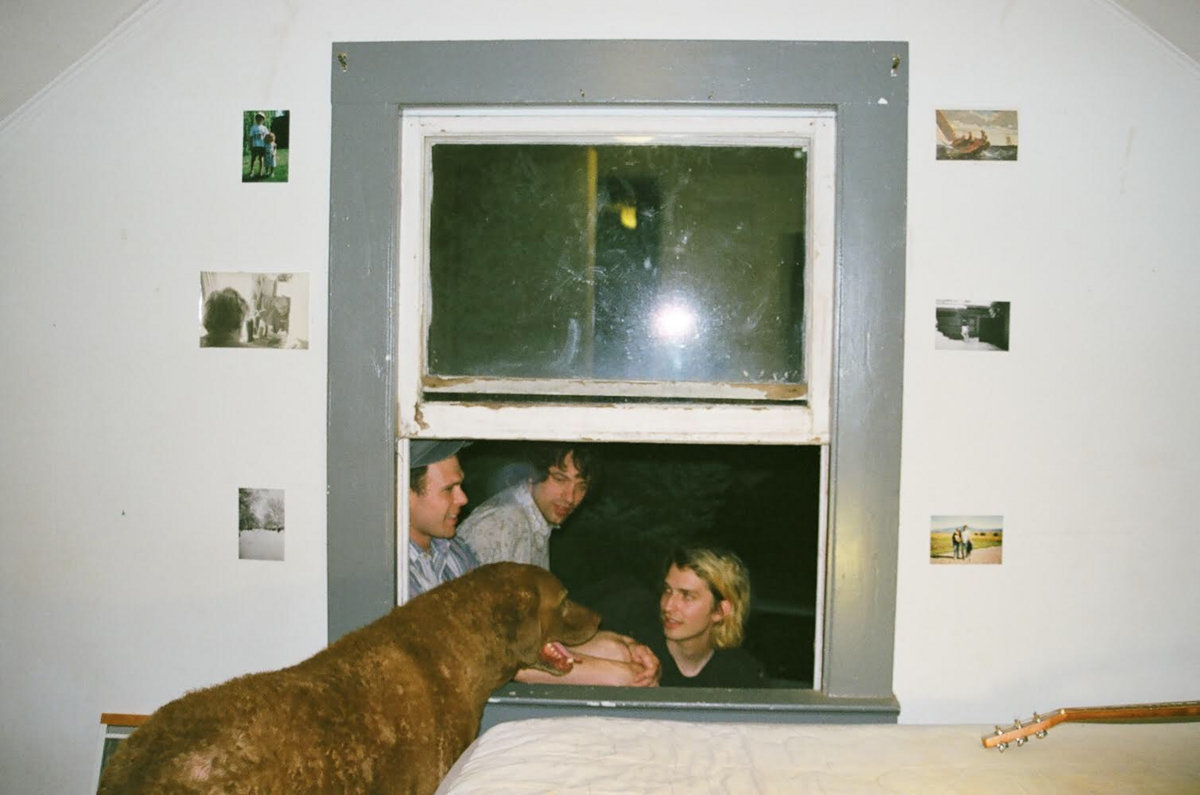 Philadelphia-based indie rockers Strange Ranger spent their first six years between Montana and Oregon, operating under the name Sioux Falls. A series of EPs paved the road to their 2016 debut, a dramatic post-punk double LP called Rot Forever. Adopting their current name and heading east, they softened their sound somewhat on 2017’s more atmospheric Daymoon, then expanded both their membership and sonic palette for 2019’s Remembering the Rockets.

The group began as the high school project of guitarist Isaac Eiger and bassist Fred Nixon. Inspired by bands like Modest Mouse and Pixies, the two friends began shaping their melodic post-punk sound and playing gigs around their hometown of Bozeman, Montana. By 2012, they had self-released an EP and relocated to Portland, Oregon, where they recruited drummer Ben Scott. Once established, they knocked out another pair of EPs in 2013’s Big Krackel and 2014’s Lights Off for Danger before hooking up with Pittsburgh-based indie Broken World Media. With a new label in place, Sioux Falls spent 2015 wrapping up their debut album, Rot Forever, an expansive and edgy double album that saw release in early 2016.

After changing their name to Strange Ranger at the end of the year, they pared down again to the core duo of Eiger and Nixon and headed in a less aggressive direction, releasing the lusher and more textural bedroom pop album Daymoon in 2017. It marked their first release for the Tiny Engines label, which also handled their 2019 follow-up, Remembering the Rockets. By this point, the group had relocated to Philadelphia and expanded into a quartet with the addition of singer Fiona Woodman and drummer Nathan Tucker. ~ Timothy Monger, Rovi

Sinai Vessel began as a one-man project for singer/guitarist Caleb Cordes before ultimately becoming the fully-realized, collaborative group that produced their much-anticipated 2017 full length debut, Brokenlegged. The band’s early years culminated in Sinai Vessel’s 2013 EP, Profanity — a mini-album that explored existential doubt, spiritual questioning, and hard-nosed questions about code and community. But Sinai Vessel proper actually formed in the aftermath of Profanity — only after the album saw the light of day did the project turn into a more active, concrete ensemble, filled out by drummer Joshua Herron and bassist Daniel Hernandez, both high school classmates of Cordes’ and — perhaps essentially — fellow natives of the southeastern American spaces and communities that so define Sinai Vessel. The band began to tour, leaning on and building from that sense of kinship and shared experience, and eventually informing the more collaborative and multifaceted Brokenlegged, an album that remarkably balances Cordes’ continued gift for first-person storytelling with a more markedly communal energy. Recorded in its entirety twice, the band’s debut LP is an expression of uncompromised vision and zoomed-in determination — an apt match for the subtle, humanistic ideas explored on the album itself. What do you do when nothing is the same yet everyone refuses to admit things have changed? These are the questions begged by Brokenlegged. – Chad Jewett