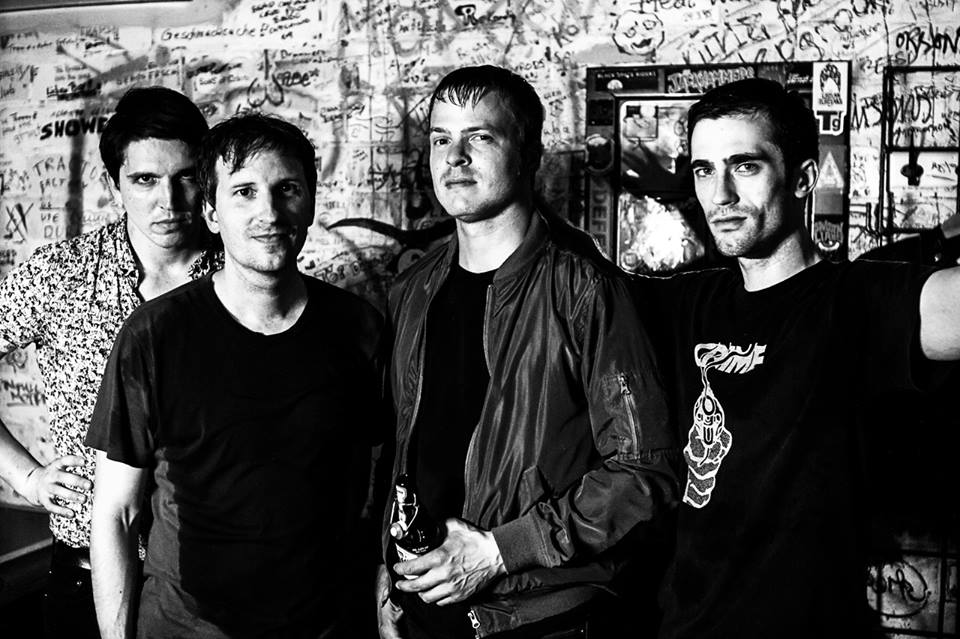 The cast of Radioactivity reads like the credits to an all-star lineup of Texas punk and garage rock royalty, including members of The Marked Men, Mind Spiders, Bad Sports, Wax Museums, The Reds, VIDEO, and The Novice. Jeff Burke is one of the most distinctive songwriters in the punk rock underground, and these songs will sound instantly familiar to any fans of the aforementioned.

Radioactivity’s first LP was rightly hailed as a sort of sequel to The Marked Men’s remarkable run through the first decade of the millennium, and while Silent Kill bears the unmistakable hallmarks of that band’s tightly wound “Denton sound,” Radioactivity can now lay claim to a sonic territory of their very own. Burke’s distinctive hooks dig as deep as ever, but the scope of his vision has expanded.

Although the twelve songs on Silent Kill abide one strict rule–providing garage punk pleasure at all costs–Radioactivity bend that mandate in myriad ways. Breathless ragers like “Battered” and “No Alarm” are as fleet and raw as anything in the combined canon of Radioactivity’s members, while mid-tempo heartbreakers “Way Out,” “Connection” and “Where I Come From” find Burke and company opening up their sound to let in a little tenderness. And then there are songs like “Not Here” or “With You,” which enact perfect unions of melody and kinetic energy.

Admirers of Burke’s legacy will be not only satisfied, but pleasantly surprised.

Cincinnati, Ohio’s Vacation formed in 2009 as a trio of drummer/singer Jerri Queen, bassist and visual artist Evan Wolff, and guitarist Peyton Copes; quickly putting out a slew of tapes, singles, and LPs on various DIY labels, while spreading their infectious pop-inspired punk through shows around their native Midwest and tours throughout the rest of the country, including shows with Times New Viking, Japanther, Tenement and P.S. Eliot.

Since then, the group has expanded into a four-piece rock outfit with John Hoffman of Swim Team on guitar and Dylon McCartney on drums, with Queen stepping from behind the kit to play guitar. They continued relentless touring, with appearances on bigger stages–opening for The Breeders, Screaming Females, Black Lips, No Age, Ass Ponys etc; while maintaining impressive fecundity at home in their studio.

They show no signs of stopping, striving to join the Ipso-facto Ohio rock hall of fame alongside Guided By Voices, Ego Summit, Electric Eels, and The Breeders.