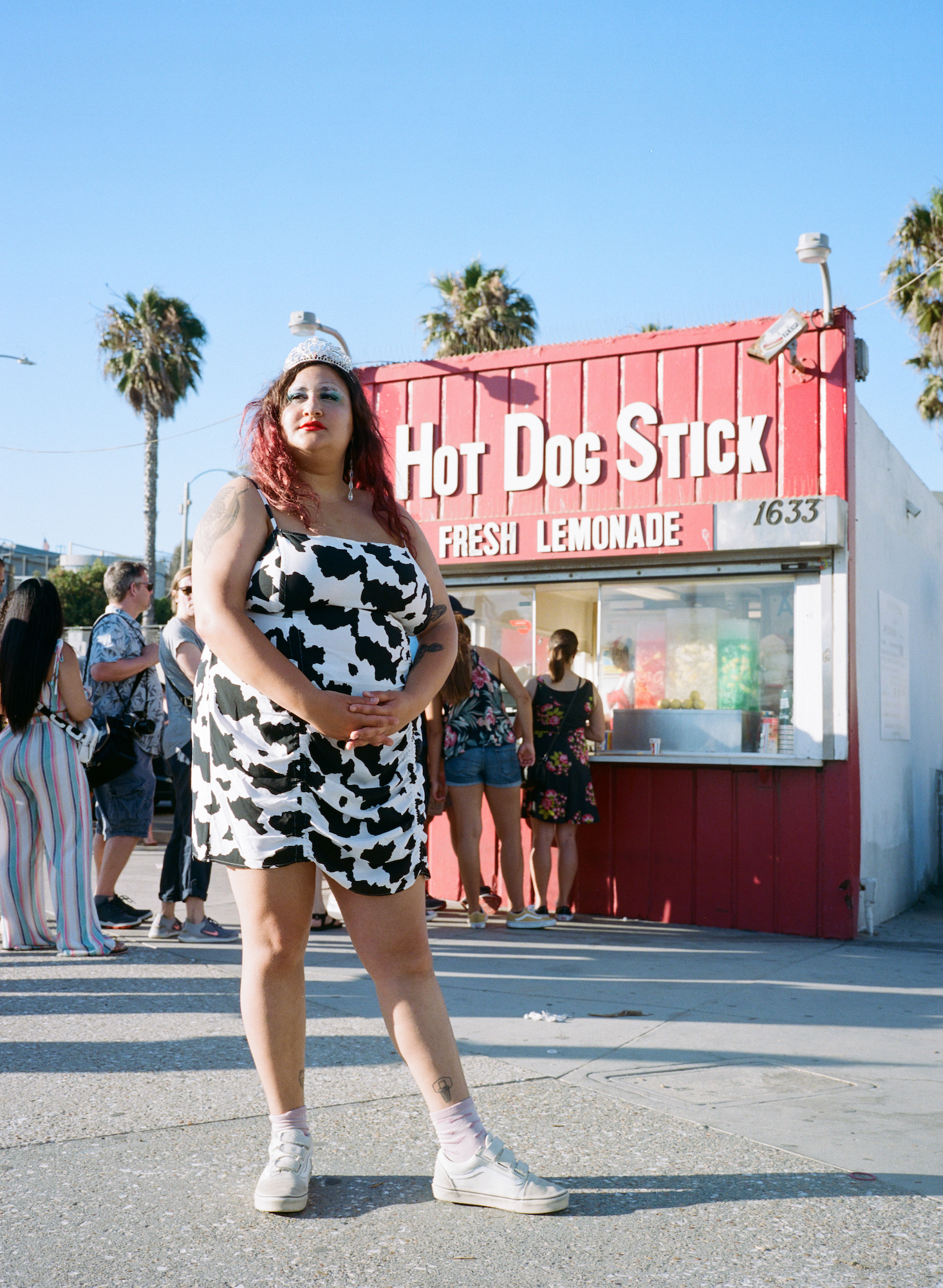 The third full-length from Boston-based trio Palehound, Black Friday, is a finespun exploration of all the forms that love can take: love between friends, love for people no longer in your life, love in the face of self-hate, love that endures through major life changes or through many tiny catastrophes. With her thoughtful narrative voice, Palehound singer/songwriter Ellen Kempner imbues each song on the album with a radical sensitivity, an unchecked depth of feeling that ultimately sparks a greater open-heartedness within the listener.

Unrestrained in emotion but subtle in sonic flourish, Black Friday opens with the stripped-back intensity of “Company,” the first of many songs conveying a profound longing for a lost friend. From there, Palehound shift into the joyful wonder of “Aaron,” a song Kempner wrote for her partner in the midst of his transitioning process. “It’s about the past year of him coming out and me helping him through that, and just watching him grow so much,” she says. With her hushed yet urgent vocals, Kempner reveals her ability to draw so much power from a single word, turning “Aaron” into an indelibly tender expression of devotion and love.

Palehound examine the intricacies of friendship and partnership all throughout Black Friday, handling the subject with a level of attention rarely found in pop songs. On the quietly hypnotic title track, Kempner captures the specific ache of uneven emotional investment between friends, framing her plaintive acceptance in particularly barbed lyrics (“You’re Black Friday and I’m going to the mall”). And on “Worthy,” Palehound speak to the challenge of navigating self-confidence issues in relationships, and delicately showcase Kempner’s lyrical finesse (“And I’ve won over your mother, darling/And I’ve won over your sister too/And I won over your father, darling/And I still don’t feel worthy of you”).

While much of Black Friday unfolds with palpable compassion, “Killer” takes on a vengeful mood as Kempner recounts a fantasy of doing away with a friend’s abuser. “It came from being so fed up with people who feel like they can take advantage of others sexually or physically or emotionally to get ahead or get what they want, and just wanting to destroy that culture in general,” she says. On the following track, Palehound continue their contemplation of abuse with “Where We Live” — a striking piece of spoken word from New York City-based poet Melissa Lozada-Oliva; its gritty yet dreamlike storytelling set against Kempner’s sprawling guitar work.

In bringing Black Friday to life, Kempner spent much of her time holed up in the practice space she shares with a wrestling troupe, pursuing a songwriting process that’s often emotionally fraught. “For me songs usually start with some really strong anxiety or other bad emotion,” says Kempner. “I generally don’t pick up a guitar when I’m feeling super-happy.” Originally from Connecticut, she first started writing songs at age 10, several years after taking up guitar. “My dad wrote songs and played guitar and we’re really close, so I always felt inspired to make music too,” she notes. After playing in a punk band in high school, Kempner began putting out songs under the name Palehound at age 18, then released the project’s debut EP Bent Nail in 2013 and full-length debut Dry Food in 2015. Arriving in June 2017, A Place I’ll Always Go earned praise from outlets like Pitchfork (who hailed Kempner’s voice as “specific and visceral”) and NPR (who stated that Palehound’s “unflinching songs are also a celebration of life and embrace of love, and an empathetic reflection on how endings usually lead to beginnings”).

With Black Friday building off the emotional complexity of its predecessor, Palehound hope that the album might help others to work through their own troubles in life and love of all kinds. “Making music’s always been a therapeutic thing for me — that’s such a big part of the reason why I do it in the first place,” says Kempner. “What I always want to do with my songs is to help people heal in some way, or come to some new understanding about whatever it is that they’re going through. Even if it’s just hearing a song and feeling less alone than they were before, that would mean so much to me.”

Adult Mom began as the solo project of Stephanie Knipe in a Purchase College dorm room in 2012. Adult Mom now falls between the playful spectrum of solo project and collaborative band with drummer Olivia Battell. Through reflections and explorations of the personal and hidden, the crux of the writing produced by Knipe is focused on excavation. The dredging out of secrets, putting it all in a pan, waiting for the gold to rise. Honesty and intimacy form as Knipe writes clever pop songs that offer a glimpse into the journey of a gender-weird queer navigating through heartache, trauma and subsequent growth.

With their debut LP, Momentary Lapse of Happily, Adult Mom bravely shined a light on the darkness and allowed the listener to experience and feel those moments along with them. Soft Spots, the project’s sophomore LP, is an exploration into the physical and emotional acts of opening up, the vulnerability that produces love, and then ache. With this record, Knipe proclaims that everybody has soft spots. Spots that get cared for and tended to, that grow and fade, that produce feeling that can linger for years and years. Knipe shares with us their process of learning how to cradle and understand their own softness without finality, a story without an end.