WXPN 88.5 Welcomes: Who You Thought I Was Tour 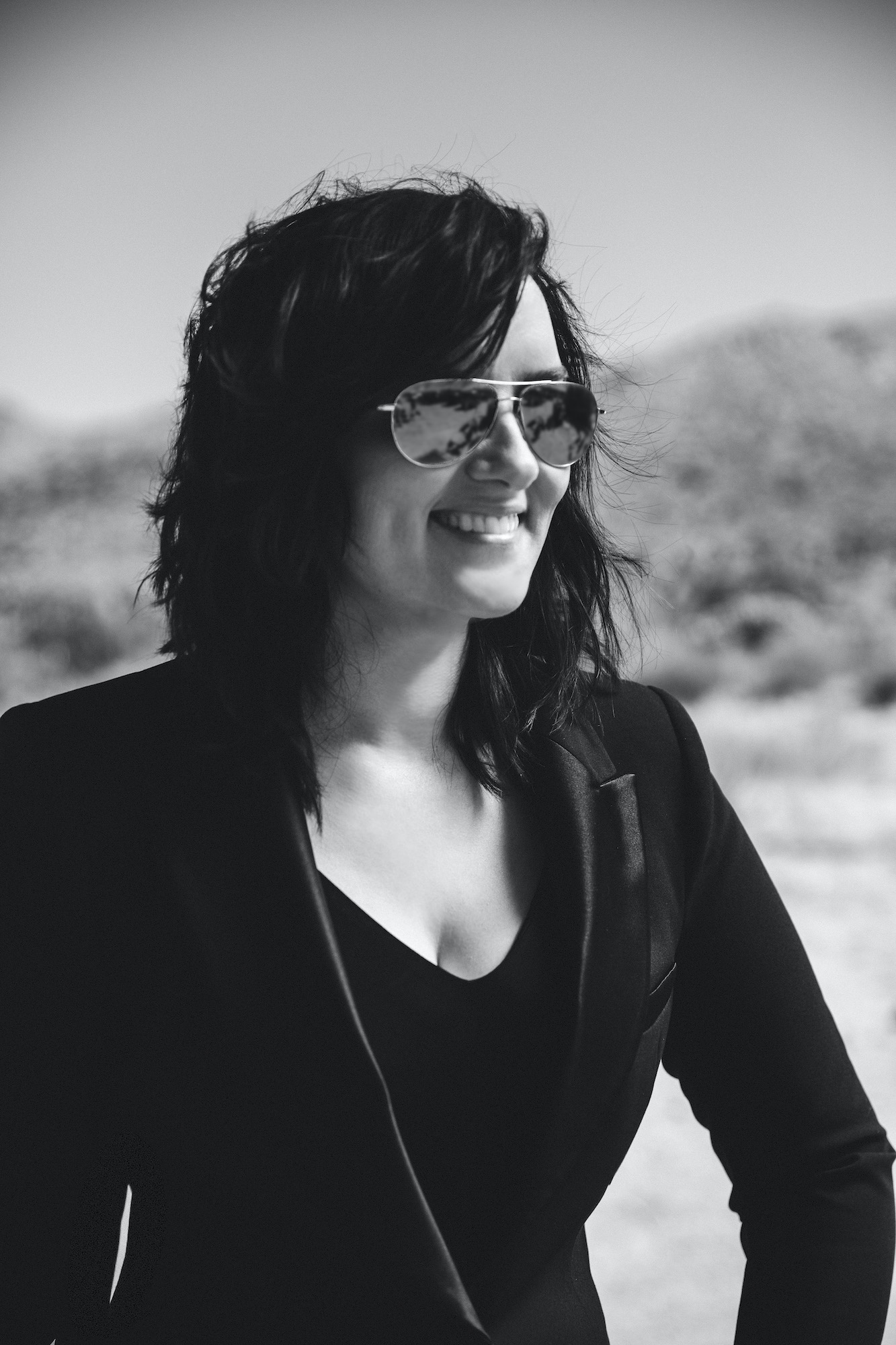 Buy Tickets
Wednesday, July 22
Show | 8:30pm // Doors | 7:30pm
$25
Hello! We hope everyone is staying safe out there. Wanted to let you know that the originally scheduled April 25th show with Brandy Clark has been moved to July 22nd. All existing tickets for the new date will be honored! If you cannot make the new date, we are happy to refund you. Refund requests must be made by April 10th. Thank you for your patience and understanding! xo, Boot & Saddle
RSVP on Facebook

“To me,” says six-time Grammy-nominee Brandy Clark of Your Life is a Record, “it’s endings and beginnings. You know, sometimes you have to have endings to have those beautiful beginnings. I hope people listening find themselves in me finding myself.”

For Clark, who’s quietly become the go-to female creative for unlikely strength and compass-style truth, Record takes her gentle humanity and ability to sketch people’s motivations and conflicts, but instead of surveying the world around her, the woman The New York Times hails as “both a formalist and a sly subversive” looks in the mirror.

A nuanced songwriter-leaning album, string sections, the occasional oboe, a raw accordion supplement the essential nucleus of producer Jay Joyce, Giles Reeves and Jedd Hughes cutting live — and always Clark’s melted caramel and sunshine voice, an instrument that carries dusky desire, unfettered joy and torchy ache with equal ease. As Joyce affirms, “Brandy’s like the (Linda) Ronstadt of today. She’s not a show-off, but so powerful and honest. When she sings, you believe her. And she can sing anything.””

That kind of knowing transparency is a signature of her writing and her performing. Record, Clark admits was a game-changer on many levels. The woman whose been nominated for the overall Best New Artist Grammy, as well as Best Country Vocal Performance, Album and Song, confesses, “I’m a better singer after this record. Jay really pushed me, and pushed me to back off, ‘Sing like you’re whispering in someone’s ear,’ he’d say. It’s so different.”

“Jay calls this a break-up record, which it is. But it’s a bit of me breaking up with my idea of what country radio is, too. It freed us up. There’s a vulnerability that’s not been on other records. The clever word stuff, the writing, I always love that. But this is different.”

From the Dusty in Memphis torch of unbridled desire igniting “Love is a Fire” to the minor-key memories in “Bad Car,” the lush slink of wishing to unknow “Can We Be Strangers” to the falter and dignity of “Apologies” unheard, Clark embraces grown up stuff — and it’s played for emotional tenor/gravitas it deserves.

“When Jay and I sat down, we wanted to challenge ourselves to cut it all acoustic, which seems crazy, because Jay is such an electric guy. But he was like a kid at Christmas. He promised, ‘This isn’t going to feel like a sleepy record.’ You know, he knows how to take a straight-up ballad and put movement to it.”

On the sweeping “Who You Thought I Was,” the post break-up reckoning recognizing who you ought to be after a catalogue of personas discarded along the way, the freewheeling track started simply enough. Laughing Clark says of the ebullient song inspired by a John Prine acceptance speech, “I played it in the original key, then Jed played it in a few other keys. There are seven, eight guitars going on in there. We played it slow, then sped it up.”

For something coming from a hard place, there’s a lot of delight. In Clark’s world, happiness is something to find along the way — and she works hard to maintain buoyancy even in the dark places. “Pawn Shop,” with its organ pads, guitar swirl and quick-ticking rim tapping, takes the moment of flickering hope in the disappointment to create sparkle in the surrender. In a smoky voice, she moves from a woman trying to cash in a wedding band for a bus ticket to a songwriter giving up a guitar with the shreds of his dream still inside.

“Pawn shops are sad to me,” she begins. “I had an uncle who owned one, and I know people don’t go in there on their best days. They need money, and they’re thinking maybe something they’ve got’s worth way more than it is…”
Her voice drifts, then Clark’s optimism kicks in. “Life’s a pawn shop, you know? Some old person died, or whatever happened, that sadness is the beginning of someone else’s dream.”

Raised in Morto, Washington (population: 900), dreams work as an odd kind of gravity. Her father died too young in a logging accident; her mother taught her to write songs and sing. There was a college scholarship, but music pulled too hard. The young woman, whose grandmother thought Mount St Helen’s eruption was her hangover from the night prior’s Merle Haggard concert, heard about, then headed to Belmont College — and never looked back.

With influences ranging from Dolly Parton, Haggard, Ronnie Milsap and Dwight Yoakam to songwriters Gretchen Peters, Dean Dillon, Harlan Howard and “all the guys who wrote the Patsy Cline stuff. Melodically? ‘Make The World Go Away’? Hank Cochran? The simplicity and the lyrics?,” Clark had a black belt in classic country. Factor in singer/songwriters James Taylor, Carole King, Mary Chapin Carpenter and Randy Newman, and the bright-eyed vocalist’s X factor lies in the soul sustenance from the radio and records she heard growing up.

Drawing inspiration from “Jaws,” Clark conjured a Dixieland saunter that chronicled gaps, troubles and divides that created an opportunity to work with Newman. The wry “Bigger Boat evoked his iconic Little Criminal-eras commentary, even as it poked fun at all the extremes, offering the cautionary “safest thing in the air is the cigarette smoke” of the toxicity.

It’s why from the very first lines of “I’ll Be The Sad Song” — “If your life is a record, people and places are the songs/ There’ll be slow and there’ll fast ones, looking forward, looking back ones…” — these 11 songs are meant to create an arc to live, love, feel and even fail on the way to one’s true destiny. For Clark, the notion of investing in life, in facing the truth provides the impetus to embrace the good in the rough stuff. With brazen cheekiness “Who Broke Whose Heart” stacks the realities of how things fall apart, but celebrates the love that was being all that truly matters. A saucy melody buoys every detail, recrimination and misstep, the stuff that never endures when the dust settles.

By the opening plucked string whirl up sets “The Past is the Past” in motion, what is is. Some things are meant to be done, and this benediction’s delivered with love. “When the hoping turns to knowing. there ain’t no going back,” her vocal shimmers, “this is where the past is the past…” Flutes trill, guitars tumble as the song builds to the weightlessness that comes with letting go.

“It’s hopeful,” Clark says. “We started with ‘I’ll Be the Sad Song’ and ended on ‘The Past is the Past’ by design. Some people wanted to flip it, but I really wanted hope to be what you’re left with. The truth makes people feel less alone. We all have universal truths as much as we don’t want to admit it.”