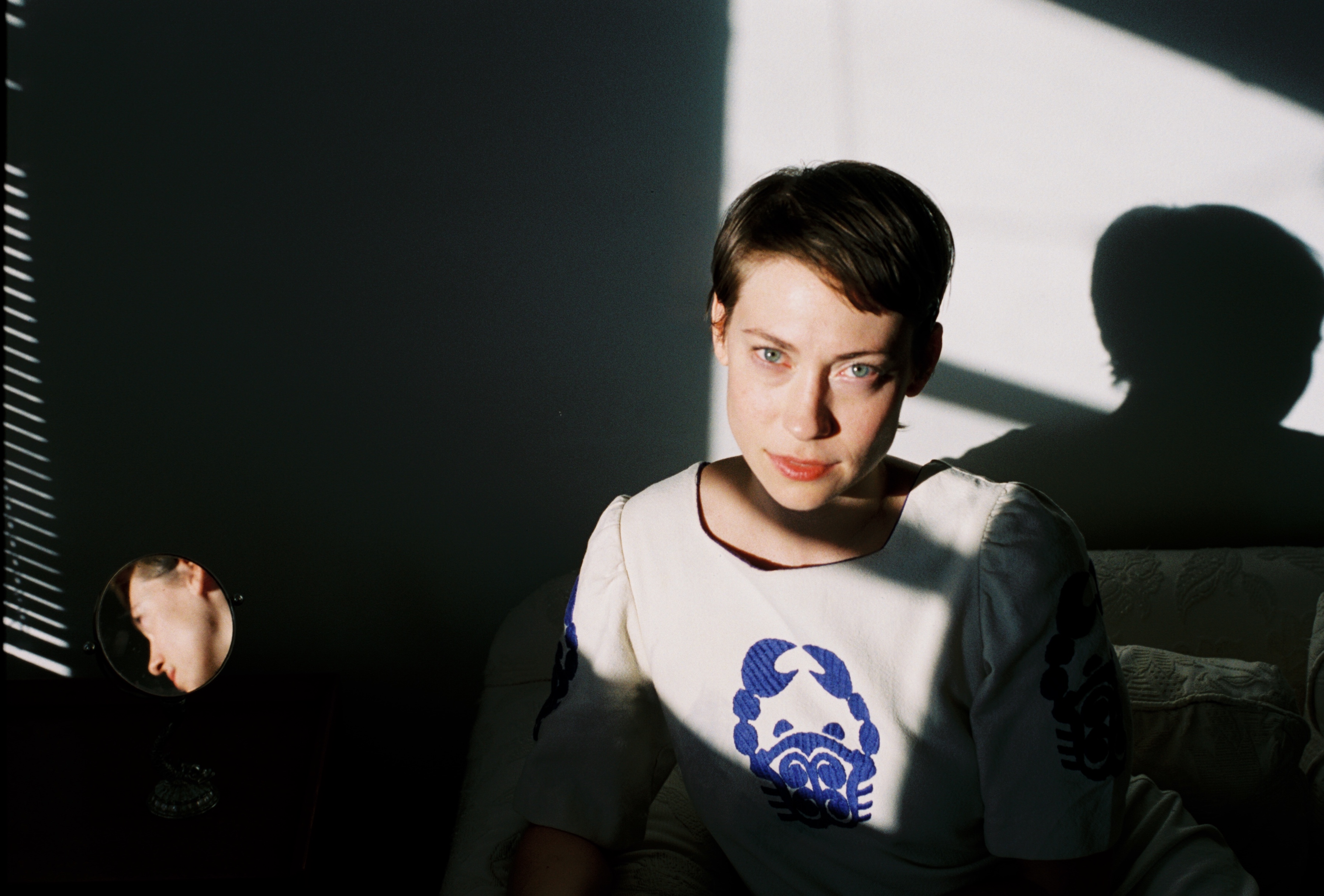 Buy Tickets
Saturday, August 08
Show | 8:30pm // Doors | 7:30pm
$12
Hello! We hope everyone is staying safe out there. Wanted to let you know that the originally scheduled April 8th show with Anna Burch has been moved to August 8th. All existing tickets for the new date will be honored! If you cannot make the new date, we are happy to refund you. Refund requests must be made by March 30th. Thank you for your patience and understanding! xo, Boot & Saddle
RSVP on Facebook

When Anna Burch introduced herself on her 2018 debut Quit the Curse, it was with a concentrated wash of energetic, serotonin-boosting pop. Jangly guitars, blithe vocal harmonies and an occasional undercurrent of grungy fuzz all converged in seemingly
straightforward songs that hid their complexities under sunny hooks. The impact of the songs was immediate and exciting, presenting narratives of confusion and upheaval with melodies so bright it was hard to do anything but smile. Two years later, Burch’s follow up If You’re Dreaming takes us down a different path than its predecessor, shedding some nervous energy in favor of a deeper exploration of an internal world. After months on the road in support of Quit the Curse, Burch disappeared for a while.

The long stretches of touring had been broken up by only a few weeks off here and there, and a month spent writing in Berlin between European dates. The time she did get to spend at home in Detroit was disrupted by several unexpected housing changes, adding to the transient feelings brought on by constant touring. When things finally stabilized, Burch encamped into a slow, thoughtful and intentional writing process for what would become the second album. Days were spent playing guitar, exploring unconventional chord changes, ruminating on song structures and allowing her subconscious to wander until lyrics materialized. Though about half of the songs were already written, this time was dedicated to taking a closer look at the loose ends of three years of ideas and seeing if there were common threads that held them together. If You’re Dreaming was tracked with producer Sam Evian in his home studio in the Catskill mountains of upstate New York. Where the first album had been a rush of inspired songwriting followed by a drawn-out process of arrangement and mixing, Burch and Evian worked with self-imposed time limitations to establish a sharper focus and get to the core of the new songs. The work was swift but somehow more relaxed, locking into a groove of tracking the basic elements and then expanding on the arrangements with overdubs and auxiliary instrumentation. The end goal was to present not just an assortment of new songs, but craft an album that moved dynamically through an interconnected emotional arc.

With recurring themes of isolation, weariness and longing, these songs deliver that emotional arc with a delicate but uncompromising execution. Burch’s intrinsically catchy songwriting dials down the urgency of her debut a notch, taking a turn towards airy, jazz-voiced chords, floating reverb and an expansion of the sonic palate with unexpected instrumentation. The soft-rock bass grooves and understated saxophone lines of “Not So Bad” push an impressive pop structure into exciting new territory, and the sweetly melancholic “Tell Me What’s True” centers around muted electric piano, its languid but metered vibe recalling the gentler side of Carole King.

The nuance of arrangements that could sometimes get buried on Quit the Curse rises to the surface on patient, opulent tunes like “Every Feeling” and in the twelve-string guitar hooks of “Party’s Over.” The album drifts dreamily as much as it hones in with a sharper clarity on some of Burch’s most personal songs. Even at its most introverted, If You’re Dreaming is always warm and present. It’s a deliberately drawn chapter of Burch’s work, trading in the wild-eyed and sometimes neurotic party hopping of Quit the Curse for a more solitary walk after midnight. Daring and clear-headed, these songs cut deeper in their subtleties. If You’re Dreaming moves with intention, taking its time revealing new layers of sophistication and growth in Burch’s always charming songcraft.

Means To Me is the second full-length under Leslie Bear’s moniker, Long Beard, and her first since 2015’s Sleepwalker. Throughout the record, Leslie explores what constitutes a home — how it extends beyond the physicality of a roof over your head to the comfort of another person. A sense of self, stability or security.

The last four years between records mark a particularly significant and transitional time for Bear. A career move led her back to her hometown in New Jersey long after her friends and peers moved away, resulting in feelings of stasis and nostalgia that shape the album. Reflections on the past are evident in tracks like album single “Sweetheart”, in which Bear considers a past love, where they are now, and her life in relation to theirs.

Bear’s sophomore album shows a growth and maturation in sound from her debut. Co-produced with Craig Hendrix (Japanese Breakfast), the record occupies a dreamlike space that weaves between shoegaze-tinged guitars and upbeat, jangly pop. While still loyal to Leslie’s signature ethereal, melodic guitars and haunting whispered vocal delivery, the fully realized arrangements demonstrate a stunning clarity throughout the album.

The perfect amalgamation between Bear’s ambient-textured loops met with the pristine production and pop stylings of Hendrix’s playing can be heard in album standout “Snow Globe.” The combined reversal effects, seamless transitions, and heartbeat percussion are the language of Means To Me.

What Bear has created with Means To Me is not only a mirror for herself, but also a means for the listener to reflect on what home means to them. Whether Bear has defined a home for herself is left to wonder, as she leaves us with these final lines before the album crescendos into an explosive distorted instrumental and slowly fades: “driving down through our state lines while you dream, I’m thinking of a name to go by.”