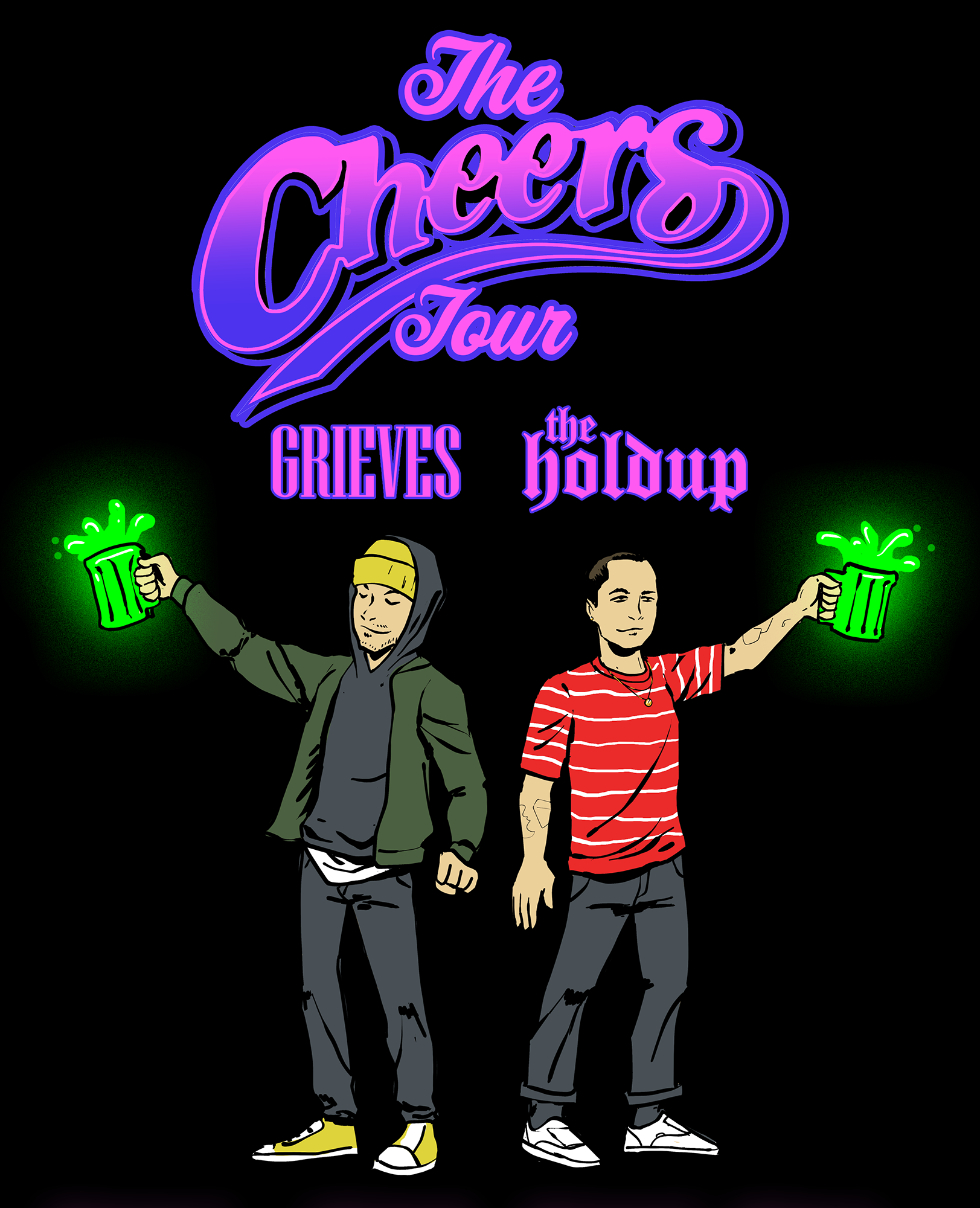 Benjamin Laub – better known as Grieves – is a Seattle-based hip-hop artist signed to Rhymesayers Entertainment. He emerged in 2007 with the independently released Irreversible, which led to touring with some of indie rap’s finest, including artists like Atmosphere, Macklemore, Cunninlynguists, Watsky, Chris Webby, P.O.S, and many more. He’s since followed with four more full-length studio albums: 88 Keys & Counting (2010); Together/Apart (2011) which landed at #1 on Billboard’s Heatseekers and #106 on their Top 200; Winter & the Wolves (2014) which peaked at #57 on Billboard’s Top 200; and his latest release, Running Wild (2017).
Between his rigorous touring, Grieves continues to consistently create and release new music. This summer, the release of a brand new 8-track EP, The Collections of Mr. Nice Guy, follows the announcement of new tour dates in the US, Canada, the UK and the EU; all scheduled for Fall 2019.

The Holdup is Michael Garmany.