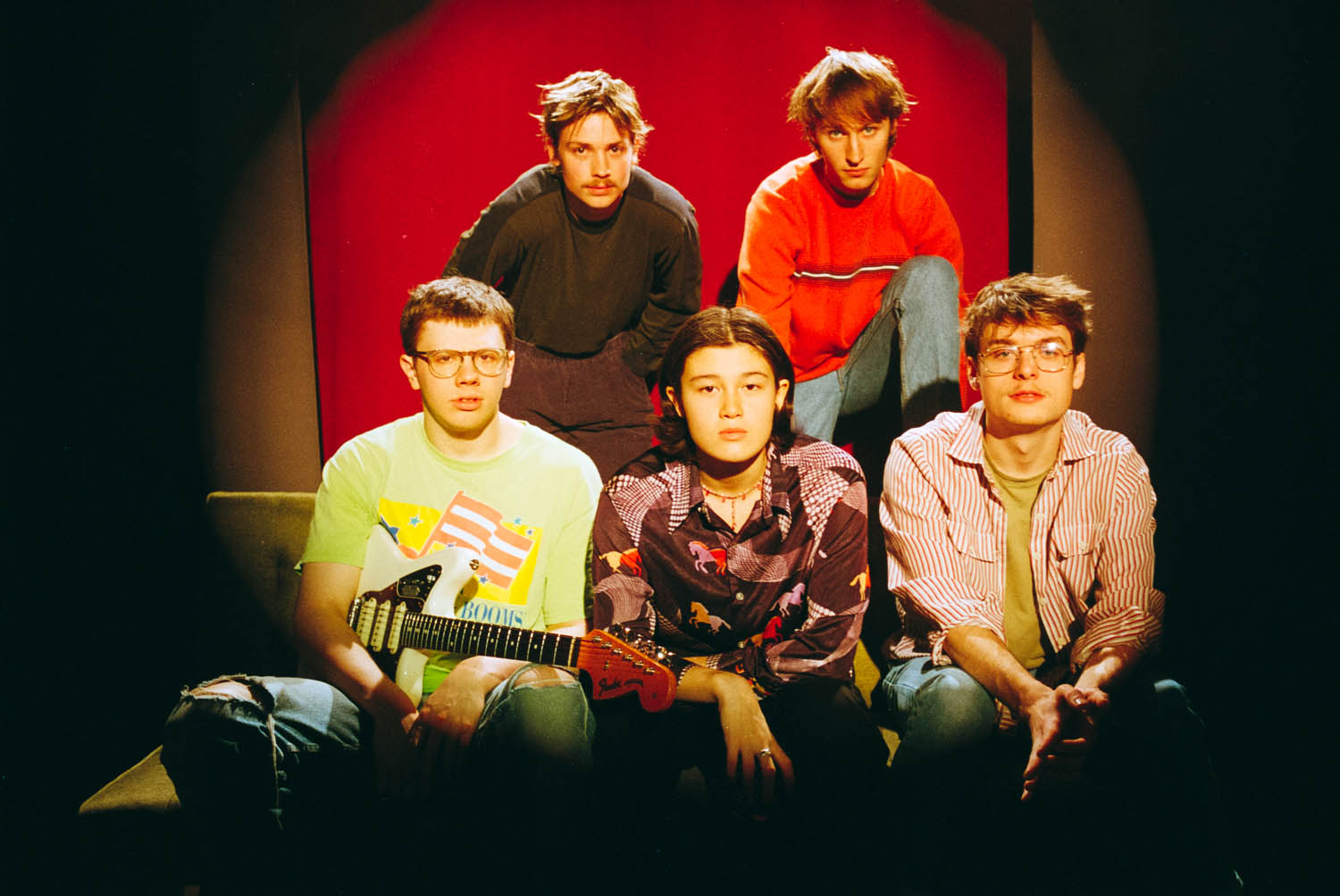 Disq have assembled a razor-sharp, teetering-on-the-edge-of-chaos melange of sounds, experiences, memories, and influences. Due out March 6 on Saddle Creek, Collector ought to be taken literally—it is a place to explore and catalogue the Madison, Wisconsin band’s relationships to themselves, their pasts, and the world beyond the American Midwest as they careen from their teens into their 20s. This turbulence is backdropped by gnarled power pop, anxious post-punk, warm psych-folk, and hectic, formless, tongue-in-cheek indie rock.

Collector, like the band itself, is defined and tightly-contoured by the ties between the five members. Raina Bock (bass/vocals) and Isaac deBroux-Slone (guitar/vocals) have known each other from infancy, growing up and into music together. Through gigging around Madison, they met and befriended Shannon Connor (guitar/keys), Logan Severson (guitar/backing vocals), and Brendan Manley (drums)—three equally dedicated and adventurous musicians committed to coaxing genre boundaries.

Produced by Rob Schnapf, Collector is a set of songs largely pulled from each of the five members’ demo piles over the years. They’re organic representations of each moment in time, gathered together to tell a mixtape-story of growing up in 21st century America. The songs are marked by urgency, introspection, tongue-in-cheek nihilism, and a shrewd understanding of pop and rock structures and their corollaries—as well as a keen desire to dialogue with and upset them.