'I Love You So Much It Hurts' Album Release Show 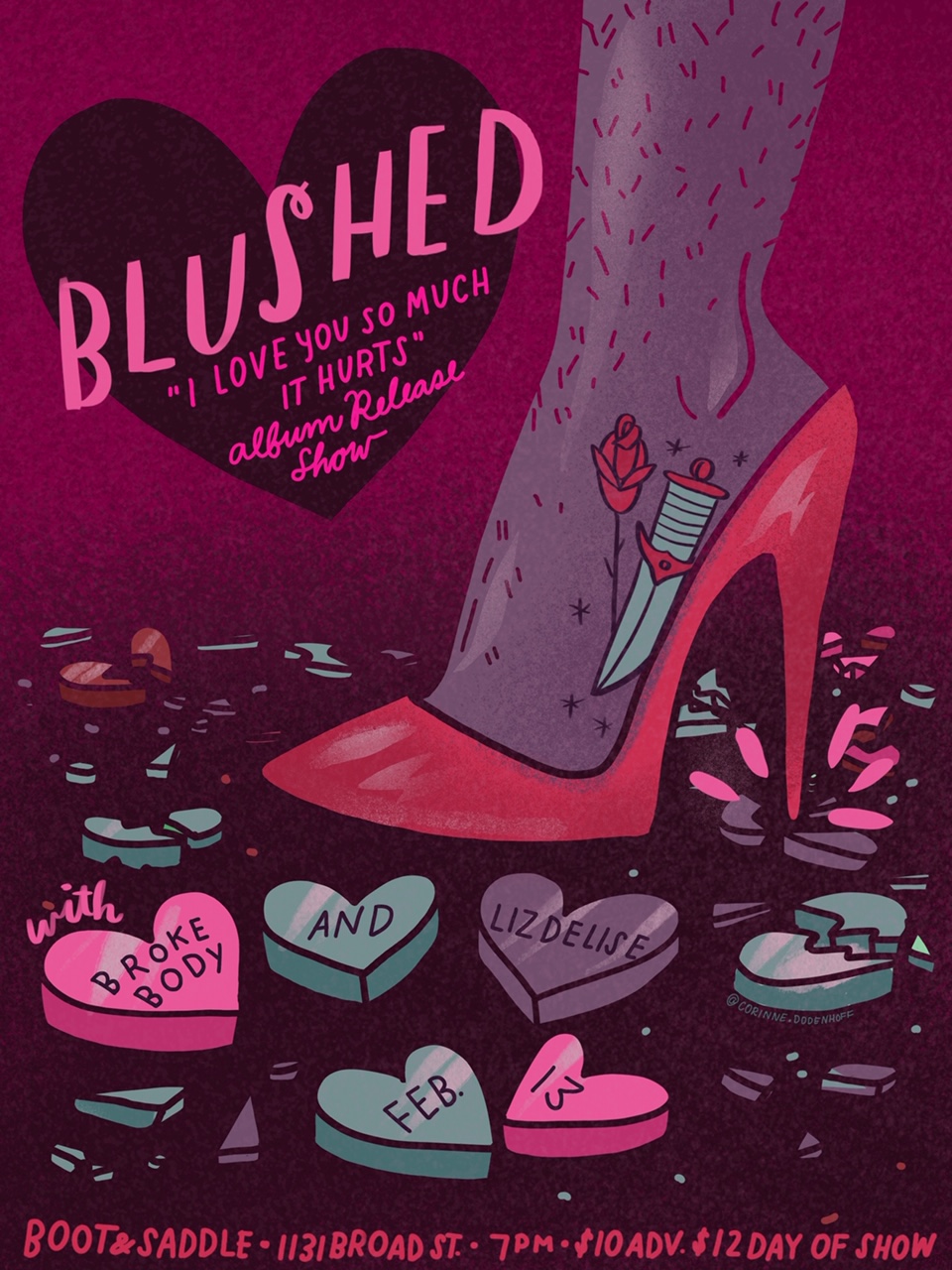 Philadelphia-based band Blushed started out as a grungey, garage rock trio with dreams of honing in on a dreamier, surf rock sound. After their addition of a lead guitarist in January of 2018, they were able to achieve the sound that they were hoping for and recorded a few songs with Kyle Pulley at the Headroom Studios for a split EP with Secret Nudist Friends titled ‘So Cool’. With an EP under their belt, Blushed hit the road and toured along the east coast playing an eclectic mix of DIY basements, professional venues, and festivals, including Northside Festival and The New Colossus Fest in NYC. Back in Philadelphia, Blushed tagged up again with Secret Nudist Friends to do an in-studio session with WXPN’s The Key where they shared new and yet-to-be recorded tracks. They also had the opportunity to play at iconic Philadelphia venues Johnny Brenda’s and Boot & Saddle (where they opened for anti-folk hero Jeffrey Lewis and his band Los Bolts). Along the way, Blushed has left listeners floating in a sea of reverb, guided by ethereal vocal harmonies only to be dropped on their asses in a puddle of fuzz and angst. They scream in your face and then caresses you affectionately all while crying a single, shining tear. They are currently working on recording their next EP and are excited to put new music out into the world.

Lizdelise is a dreamy, shreddy, queer band from the fair city of Philadelphia. “Otherworldly synthesizer textures and head-spinning guitar licks are a staple of Lizdelise, but so are hooks. In the spirit of St. Vincent, the band bridges experimental and widely accessible approaches to rock songwriting…cerebral, yet incredibly inviting.”- John Vettese for NPR

Broke Body is an auditory cocktail of punk, psychedelia and nostalgic rock and roll, shaken and served in the bowels of Philadelphia.